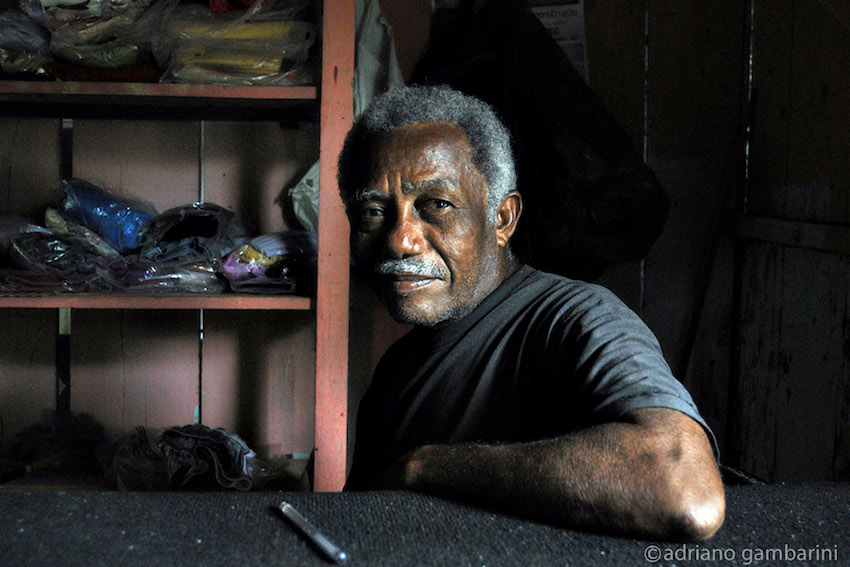 Adriano Gambarini
In the last 20 years, I have made numerous trips to the Amazon. I got to know places where there was no human evidence, I flew over hours of patched helicopters and single-engine aircraft, I had the opportunity to live incredible experiences. Others, not so much.
And despite seeing hectares and more hectares of burned forest, with the smoke denouncing late and threatening embers, or drunk gold miners fighting with machetes, one of the most remarkable experiences were the days (and nights) I stayed in the Juruena illegal gold mining site.
Considered one of the largest mining sites in the Amazon, this ghost town on the banks of the river of the same name was once home to 3,000 people. Houses, “Gold Mining Bank”, bars and shops all had their heyday, with families moving there in search of the golden dream. Today, what’s left are a few bad-looking characters, girls-of-the-life, and “Seo Maranhão”.
I met him at the only “official” trade still open. A door with a perforated anti-mosquito screen (or anti-malaria, if you prefer clarification) denounced the decay. I entered the dark room, wooden walls that hadn’t seen a splash of paint in years. In the corner by the window, there he was. He looked at me serenely, inviting me to approach me with just a nod. There he was, behind a counter that had once been covered with a sturdy black felt, now rips in the fabric exposed the already rotting wood.
I struck up a casual conversation, looked at a few misfolded clothes on the shelves, carefully wrapped in plastic. There were they and his treasure, his memory of the times of commercial wealth. He told me about his trajectory, when he left Maranhão state 30 years ago in search of the gold that makes so many people get lost in time and delude themselves with a wealth that, in the end, does not exist. Or, if there is, it’s only for the powerful. He told me everything he went through to get there, how many malarias he caught, how many speedboats he sank.
— Don’t you have family?
— Yes, but it’s there in Maranhão… when I can, I send them some money.
— How many children?
— Six children, some grandchildren I haven’t met yet, I can’t remember how many I have. The trade ended here, selling a pair of pants, at most, a month. They pay me in gold. But if I trade gold in here, what I earn is barely enough to keep me.
— Why don’t you come back then?
That’s when I felt the weight of silence. A nostalgic look was cast at the void that separated us. At that moment, Seo Maranhão showed that he was trapped in a non-existent space-time. “Seo Dito do Armarinho” no longer existed in that gold mining site, simply because the gold mining no longer existed. And “Seo Maranhão-dreamer-husband-and-father” had long since ceased to exist in the areas to which it once belonged.
Seo Maranhão with a serene look, but lost in himself.
One more forgotten by the world.