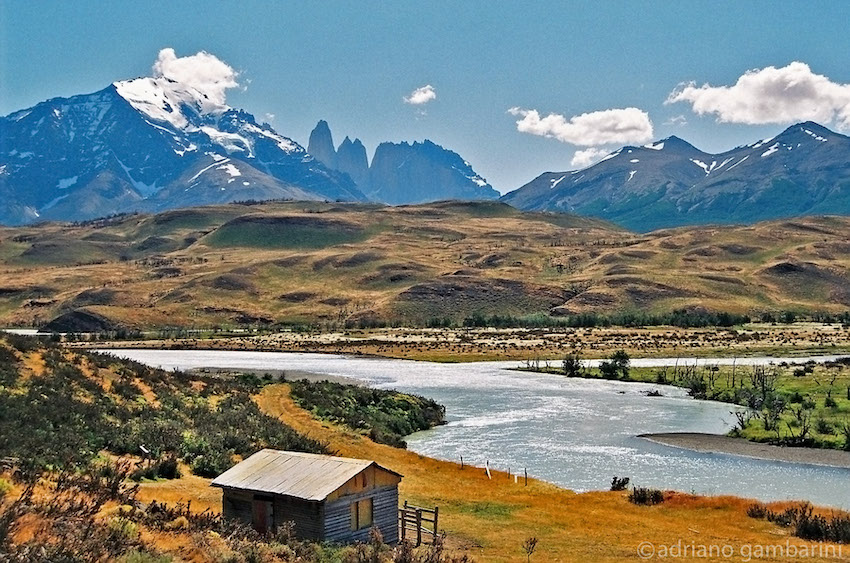 The year was 2005. The day, December 31st. I had just landed in Punta Arenas, in southern Chile, from Antarctica. Solo trip, but I didn’t want to spend New Year’s Eve in a city where I didn’t know a soul; if I had to toast myself, let it be outdoors. Bus schedules checked, gastronomic junk in the backpack. You know what? I’m going to Patagonia, Torres Del Paine! The trip would only be a few hours, and if everything went smoothly (it would be very bad for Murphy to send an unexpected event on the last day of the year for a lone traveler), I would be able to get to the Park, set up my tent and celebrate with a box of Chilean wine. And of course, a good supper with semi-ready pasta and canned tuna!

I examined the park’s map. The most obvious hiking option would be what backpackers call the W — a trail of about 20 miles (30 km), which leads to Torres Del Paine and borders a turquoise lake. It would be fantastic, if it weren’t for that expression I heard from some backpackers: “El Completo”, and which obviously caught my attention. A trail that went around a large part of the park, and that had the “modest” length of 75 miles (120 km)! I did some calculations, six, seven days… Well, I did the entire track, but I realized that ‘that letter’ I didn’t know.

Torres Del Paine is a fantastic national park, covering 181,000 hectares on the border between Argentina and Chile. Most Brazilians arrive there via Argentina, on a route that has already become an object of consumption for Brazilians — driving to Ushuaia, the city that Argentines call the southernmost city in the world (which is untrue, as there is a small Chilean town southernmost, Puerto Williams). From there, they go up Tierra del Fuego to Patagonia.

I started my trail at 7 am on January 1st. I always thought it was symbolic to start the year walking; it feels like freedom, that it will be a year of many travels, novelties, walking on the road. The organization of the Park is worthy of mention: the map is very detailed in terms of distances covered and the time between permitted camping areas, which gives the traveler an exact idea of ​​how to walk. I looked at the first stretch, about 11 miles (18 km). “I’ll move on to the next one”, I thought. “I’m excited, go all out, why not?”

At the end of the day I realized the mistake: start of the walk, more food, more weight in the backpack; speed accelerated by will, legs and muscles still adapting, snow boots (remains of Antarctica), without any mobility for a trail of stones. In short, the remaining six days were tormented by the feet’s searing blisters, extreme tiredness fat the end of a trip (after all, only the year was young), and almost entirely dominated by those pessimistic thoughts tormenting the mind, sending waves of despair and the old thought: “What am I doing here?”

But, as it is the stubbornness that often leads us to phenomenal experiences, I ended the trail bringing with me the thrilling vision of the Gray Glacier, blessed by several moments of contemplation of this world’s grandeur, the inner dialogues, the condor flights over my head, the centenary groves of crooked trees, the “bone-breaking” cold bath in the Los Perros River, the flowering fields and waterfalls of very green waters, and the magical dawn on the rocky walls of Torres Del Paine. Not to mention the curious statement that I heard from a backpacker, when I finished the trail: “¿Usted viene de el completo? Porque él es cerrado, con peligro del derrumbamiento!” (Did you do the full trail? Because it’s closed, with danger of collapse!)

I finished the El Completo trail with the voice of silence echoing inside me.