Criminal and deafening, the noise of the chainsaw disturbs the forest. The bother is heightened by another sound that shouldn’t belong to the place either—that’s  of motorcycles driven by arsonists.

At the same time, boys bathe in the river, ants carry leaves in a very serene way and there are even yellow butterflies.

Tense and poetic at the same time, the documentary “The Territory” premiered in Brazil on Monday, September 5, the Amazon Day.

Coincidentally, the film directed by Alex Pritz, arrives on the movie screens exactly at a very critical moment regarding the various problems of the largest Brazilian biome and the largest biodiversity reserve in the world, among them the consecutive records of fires. In the first days of this month alone, the volume of fires in the Amazon exceeds that recorded in the whole of September of last year.

“The Territory” points out the problem of fires, but goes straight to a point full of conflicts, which is the issue of invasions of indigenous lands, more precisely those of the territory of the Uru-Eu-Wau-Wau, in Rondônia. In the narrative marked by the tension around the invasions and the disrespect for environmental laws, the film highlights the beauties of the forest, the culture and the strong spirit of resistance of the indigenous people, becoming a synthesis of the reality of the Amazon.

With 16 international awards, including the Audience Award and the Special Craft Jury Prize at the Sundance Film Festival in the United States, “The Territory” was produced by Oscar Darren Aronofsky, Sigrid Dyekjaer, Will Miller, Lizzie Gellett and the Brazilian Gabriel Uchida, with executive production by activist Txai Suruí and co-production by the Uru-Eu-Wau-Wau Indians.

The film had special sessions linked to the Day of the Amazon in 15 Brazilian cities, including São Paulo, where the exhibition “Amazônia: Past, Present and Future ” takes place, organized by CineSesc and O2 Filmes.

“The Territory” will also be shown in other Brazilian cities starting this Thursday (8). Internationally, in addition to the awards at festivals, the film had previews in London and New York last week, and can also be seen in other cities in the United States and United Kingdom, in addition to France, Germany and other European countries.

The film, according to producer Will Miller, had a total investment of US$ 1 million. The documentary is being translated into a total of 40 languages ​​and will be released in Australia and New Zealand later this month. 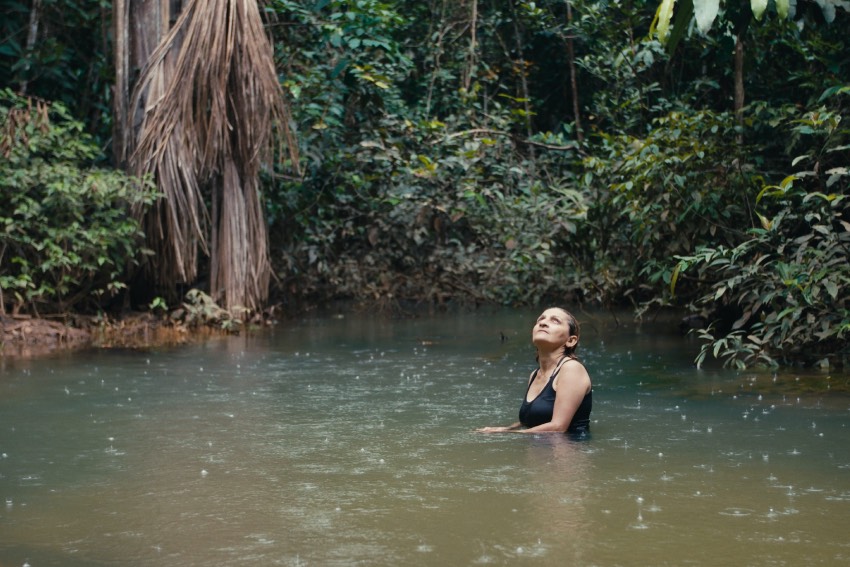 A portrait of Brazil

“The film is a portrait of what is happening all over Brazil. They are killing the indigenous people, they are killing the activists… Showing this on Amazon Day is very important,” said Ivaneide Cardozo, also known as Neidinha, on the day of the film preview in São Paulo.

Neidinha, mother of activist Txai Suruí, is also an indigenous activist, environmentalist and president of the Kanindé Association. She is one of the main participants of “The Territory”, which reports a specific period of her life – from October 2018 until the end of last year – supporting the monitoring of Uru-Eu-Wau-Wau lands.

The work of the monitoring group, formed over 20 years ago, is led by Bitaté, a young man from the Jupaú people, the original name of the Uru-Eu-Wau-Wau.

Bitaté is the central figure in the documentary “The Territory”. With drones, cameras, radio and other audiovisual recording technologies, he commands a group of volunteer guards from his territory. He told Earth News Terra that monitoring has been “strategically strengthened” with younger members and the participation of women. “Right now, while I’m on the road, it’s a woman who’s in charge of monitoring,” he says.

Bitaté also says that the documentary experience is a “very innovative process” and that it will be “very important” for the activities of the media center that is being implemented in the lands of the Uru-Eu-Wau-Wau. “The media center in our territory will show future generations the importance of recording our reality and our monitoring is part of the protection of our peoples, preventing invasions, avoiding deforestation and mining, and protecting isolated peoples who live in the territory”, says the leader Jupaú, a name that, according to him, means “warrior and resistant people” (literally, Jupaú means “those who use jenipapo (a typical regional fruit)”, a mark of the culture of this people, which leaves them with a black mouth). 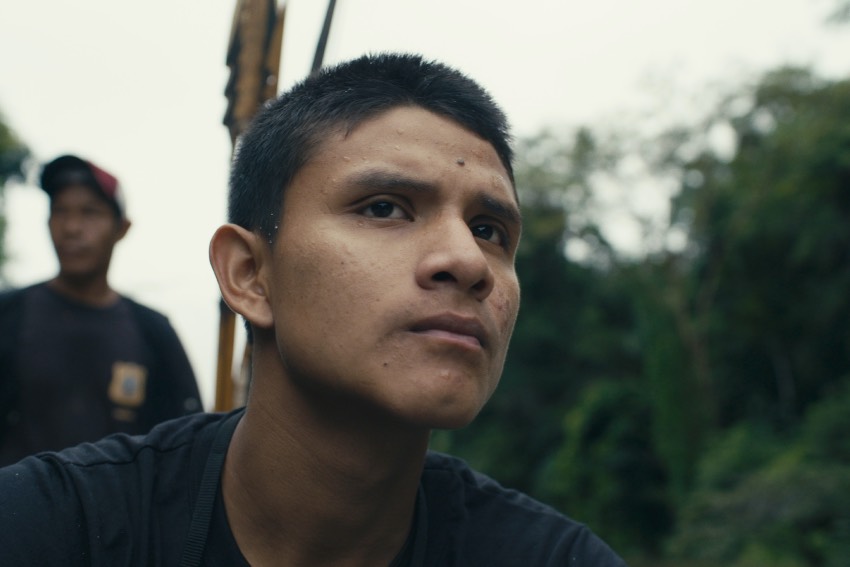 Bitaté, the young leader of the Uru-Eu-Wau-Wau people in a scene from “The Territory”. Photo: Alex Pritz/Amazon Land Documentary

“Preventing the sky from falling”

For Txai Suruí, who has been following the conflicts of invasion of indigenous lands since her childhood, the launch of “The Territory” takes place at a “very serious moment”. “Brazil has never been an easy place for indigenous people to live, but now we are going through one of the worst times as environmental laws and agencies are weakened. We have to go against this, which is to strengthen our laws because we are even being attacked by the legislature with PL 490, for example, which wants to end the demarcation of our territories, and PL 191, which wants to allow mining within the indigenous territories,” says Txai.

Txai also states that the “Amazon is a global cause that has been supported by indigenous peoples”. “We are 5% of the world’s population and we protect 80% of all the world’s biodiversity, that is, we are the ones who keep the forests standing and who are postponing the end of the world, as Krenak would say. Or, as Kopenawa would say, it is the people who are preventing the sky from falling”, declares the activist, referring to indigenist, philosopher and writer Ailton Krenak and Davi Kopenawa, Yanomami writer and leader.

Watch the trailer for “The Territory” below.