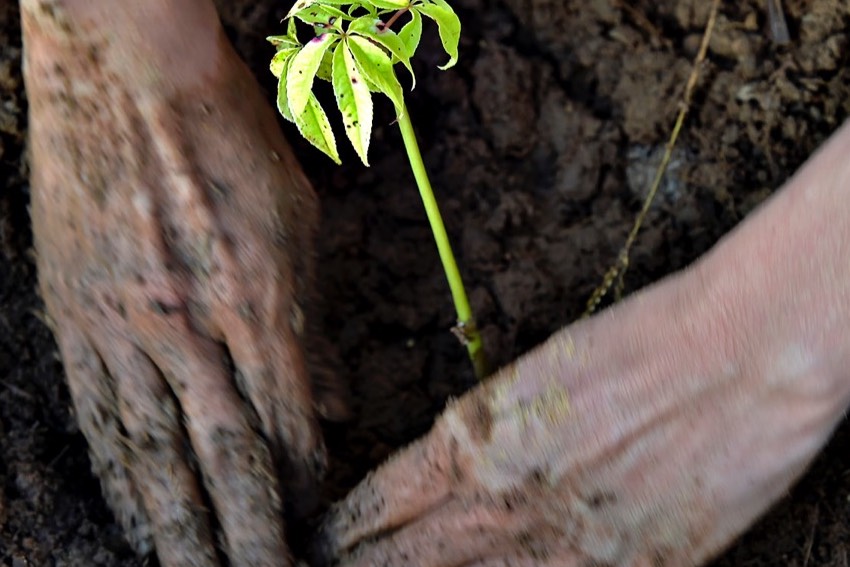 Reforestation commitments signed by Brazil until 2030 can generate from 1 million to 2.5 million jobs. The estimate is the result of a study (in Portuguese) sponsored by the Brazilian Society for Ecological Restoration (Sobre).
The goal of the National Plan for the Recovery of Native Vegetation (Planaveg), established by decree (in Portuguese) in January 2017, covers 12 million hectares. According to the authors of the study, entitled Potential of Ecosystem Restoration for Job Creation in Brazil, the number of jobs generated depends on the percentage of the area restored by planting seeds and seedlings. If it is 20%, it would create 1 million jobs; for 50%, 2.5 million.
The experts warn that 61% of the jobs identified in the survey are currently in Brazil’s Southeast Region, with 44% in the Mata Atlântica biome (coastal Atlantic forest). This concentration is due more to the economic power of the states in the region than to their environmental liabilities. “This uneven distribution shows that more investments are needed in the restoration agenda in biomes with lower GDP”, they recommend.
Of the jobs generated, 57% are temporary and 43% are permanent. The temporary ones predominate because normally the reforestation work is done in the rainy season. But more permanent jobs can be generated if reforestation projects gain greater scale in all regions of Brazil, creating demand throughout the year, according to the experts.
“The restoration of ecosystems can prove to be a powerful alternative to generate jobs in rural areas, contributing to economic development, the inclusion of vulnerable communities and the alleviation of social problems caused by the rural exodus, in addition to promoting environmental benefits for society and for the planet”, summarizes the study.
Cooperatives, seed networks, NGOs operating at the regional and state level and small businesses provide almost half of the jobs in the sector. These organizations require funding and incentives, the experts recommend.