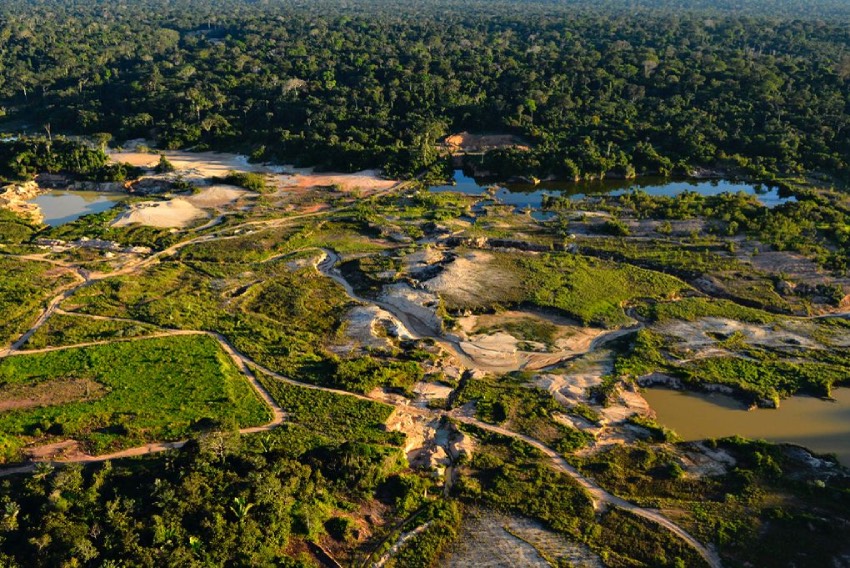 Brazil’s ore production is shifting from Minas Gerais and other parts of the country and focusing on the Amazon, mainly in the state of Pará. Much of this production is illegal. The government has a program to legalize mining and small-scale mining. There are warnings that this could lead to the heating of ores taken from areas where extraction is prohibited.

The sector earned BRL 339 billion in 2021, paid BRL 117 billion in taxes and BRL 10.3 billion in royalties, called Financial Compensation for Mineral Exploration (CFEM). Of this last amount, R$ 4.3 billion, or 42%, was collected by Pará, which, with the closure of mines in Minas Gerais, is becoming the largest producer in Brazil. The state is also the largest exporter, with 35% in terms of value (US$ 27 billion) and 48% in terms of weight (180 tons), said governor Helder Barbalho, during a seminar at the Fernando Henrique Cardoso Foundation, this Wednesday. Friday, 8/17, in São Paulo.

That, of course, is the cool part of the production. According to the Ministry of Mines and Energy (MME), only 2% to 3% of mining in Brazil is done by large companies; 15%, medium-sized and the remainder, more than 80%, by micro and small companies.

“We have an obligation, as a state, to look at these companies spread throughout the territory”, argued Lília Mascarenhas Sant’Agostino, assistant secretary for Geology, Mining and Mineral Transformation at the MME. “We have to bring this segment to the consciousness of a green entrepreneur, in which they feel they belong to something, with the possibility of contributing to the country.” The way, according to her, is for them to come together in cooperatives.

In February, the federal government created, by decree, the Support Program for the Development of Artisanal and Small-Scale Mining (Pró-Mape), to facilitate the regularization of illegal miners and prospectors.

In the government’s view, the program could be strengthened with the approval of bill 191, which provides for mining activity on indigenous lands. Based on Convention 169 of the International Labor Organization (ILO), which Brazil signed in 2002, indigenous communities would have to be heard before implementing the activity.

But there is a draft legislative decree, being processed by the Foreign Relations Committee of the Chamber of Deputies, aimed at withdrawing Brazil from this convention. According to Monica Sodré, executive director of the Political Action Network for Sustainability (Raps), the proposal is awaiting a statement from the rapporteur, Tereza Cristina, former Minister of Agriculture.

The government’s argument, Sodré said, is that, because of the shortage of fertilizers due to the invasion of Ukraine, it would be necessary to exploit potash on indigenous lands. However, according to the director, only 8% of the potash deposits in Brazil are on indigenous lands.

Former minister Raul Jungmann, who now presides over Ibram, said that the mining sector is against PL 191 and also against Brazil leaving the ILO convention.

The assistant secretary of the MME considered that Canada and Australia, two countries where minerals play an important role in the economy, “bring magnificent examples of coexistence, with mining companies that are the best partners of the indigenous people”. According to her, the Brazilian government is “dealing with the regulation of how hearings should be carried out” in indigenous communities, based on ILO Convention 169.

“The occupation of the territory of the Amazon will happen. The history of the occupations shows this”, argued Sant’Agostino. “If we don’t have a regulation, it will be in a disorderly way. Our models of repression of illegality have not had positive effects.”

Ronaldo Lima, director of the National Mining Agency, defended the separation between the illegal miner or prospector, who, for example, works in indigenous lands, and the irregular, who would like to work legally, but have no means of doing so, because of the bureaucratic difficulties imposed by the state. Facilitating this regularization would be the focus of Pró-Mape.

For the governor of Pará, the regularization of mining is the acceptance of reality: “Either we pretend it doesn’t exist or we build a serious and robust policy, with necessary regulations, for artisanal mining. Just as we have artisanal and industrial fishing, family and large-scale agriculture.”

Barbalho said that “it’s not about putting your hand on the head of those who are illegal”, but about creating rules for legalization. “Anyone who doesn’t want to join the booklet is out.”

The president of Instituto Escolhas, Sérgio Leitão, is concerned about this policy of legalization. According to a survey by the institute, half of the national gold production in the period between 2015 and 2020, or 229 tons, has serious evidence of illegality: “It is not known where it came from”, summarizes Leitão. The study cross-referenced 40,000 documents.

Distributors of Securities and Securities (DTVMs), companies in the financial system authorized to buy gold, are accused by the Federal Prosecutor’s Office of trading illegal gold extracted from illegal mining in Pará. According to Jungmann, as few as 5 DTVMs concentrate the possession of mining areas.

Illegal activity is also geographically concentrated. Tasso Azevedo, coordinator of the MapBiomas project, a land use survey in Brazil, said mining is in 11 indigenous lands and in only 28 of the 700 protected areas. Four of them are regulated. The others, illegal mining. The 10 municipalities that have the most mined area are in the Amazon.

“Mining is compatible with forest conservation,” says Azevedo. It is intense, but it is “site-specific”, that is, it occupies specific areas, and vegetation can be recovered after the mine is exhausted. “The mining sector has to put an end to illegality”, warned Azevedo. “Protecting the Amazon has to be a national obsession.”

Jungmann claimed that Ibram develops radioisotope technology to track the illegal ore. The institute proposes the introduction of electronic invoices to facilitate control. Deputy Joênia Wapichana has a proposal to annul a 2001 ordinance from the Federal Revenue Service, which provides for the acceptance of tax documents for the sale of gold written in typewriter, ink or even “ink pencil”, with carbon paper copies.

In light of this situation, Leitão analyzes that the regularization of mining would facilitate the “heating up” of illegally extracted gold, as is the case today with wood from the Amazon.