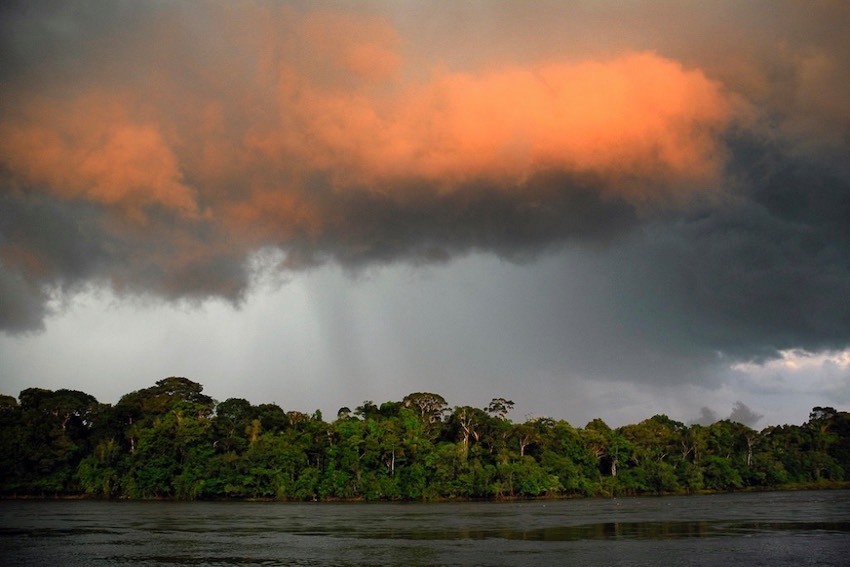 The Negro River: In Tupi, it is called Quià-ri or “always dirty” – Photo: Adriano Gambarini

The sonorous names of Amazon rivers, with their mysterious meanings for lay people, are part of the region’s mystique. In a lecture given on January 25, 1889, the jurist and journalist João Mendes de Almeida, president of the “São Paulo Literary Men Society”, decoded these names, syllable by syllable, revealing an intricate web of meanings in Tupi – the mother of the indigenous languages ​​of Brazil.

In this extraordinary study combining linguistics and hydrography, published by then “Província de São Paulo” newspaper (now “O Estado de São Paulo”), even Solimões, Madeira and Trombetas, with their Iberian sounds, are caught as Portuguese corruptions of Tupi names. Among the important rivers, only the Negro gained a name with real meaning in Portuguese. In Tupi, it is called Quià-ri, or “always dirty”.

The Amazon was given its name in 1541 by the Spanish explorer Francisco de Orellana, who, when attacked by indigenous people, fantasized that they were warriors like those in the Greek mythology – in an “extravagant fable”, notes Almeida. More sober, the indigenous people called it Parà-nà-guaçú, or “similar to the big sea”. “It is regrettable”, laments the jurist, “that the legislative assemblies of the provinces have not restored the names in Tupi, which, above all, perfectly defined the named places, according to the most correct system of the indigenous people.”
Check below the real names and meanings of the Amazon rivers:

Solimões – Çuri-mã – “highs and lows and turns”, through its islands, intermediate channels and arms.
Madeira – Mã-nd-yêrê – “impediments and turns”, allusion to the many waterfalls and turns that it makes.
Trumpets – Terõ-mb-etá – “many tortuosities”, because of its labyrinth of channels, which form numerous islands.
Tefé – Té-cê – “wrong exit”, as it flows, after a bend, into a large lake, instead of into the main river.
Javari – I-abari – “difficult river”, because of the waterfalls and cascades.
Içá – I-çái – “spread river”, due to the formation of swamps and channels.
Jutaí – Y-y-itá-í – “continuously propped up”, for running between boulders and high banks.
Juruá – Yurù-yà – “cracked mouth”, as it flows into several channels, in addition to the main mouth.
Japurá – I-apoî-rá – “untied in swamps”, because during the flood it communicates with other rivers, over the floodplains.

Coari – Quà-ri – “with well”, because of the large lake at its mouth.
Purus – Pú-rú – “it has communications”, because of the arms that connect it to Madeira and Coari.
(Text by Lourival Sant’Anna, originally published in Estadão. Copyright: Estadão)