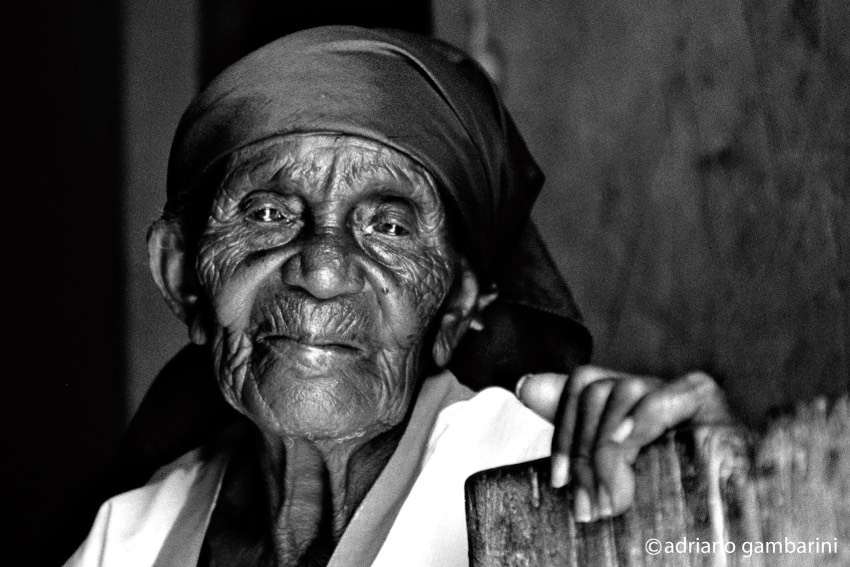 She left the small mud house, with a slow but steady step. She brought with her a crumpled aluminum milk jug, probably bought from a traveling salesman, the only source of household items in that remote region of the northeastern backlands. A small village that to this day is not on the map. Informally, she poured some water into a hole in the dirt road, where a little pink pig anxiously awaited that blessing under the scorching sun. She calmly returned to her house, leaving the door ajar. After the third time that she performed that ritual of sharing the water, so sacred to the Northeast countryside people, with the defenseless pig, I slowly approached the small mud house.

I found the lady sitting by the door, looking out at the pig, at the heat vibrating in the parched soil.

– Afternoon, she replied with a softly hoarse voice, and already amended: Where is the man from?

– I was born and raised in São Paulo, but my family is from Bahia, from Santo Amaro.

– I have a nephew who lives in São Paulo, João. It’s been a while since he’s been around there… when you find him, send him my love!

At that moment I shivered, like someone who feels the first stab of happiness for a sensation never before perceived. I had never tasted such innocence from anyone who wasn’t a child.

– Yes, milord, I think so, I can’t remember anymore…

– Can I take a picture of you?

And she looked at me, with a look of candor, opaque by time, bright with the wisdom it carries. Some unwary would say it was the result of cataracts. I prefer to believe in the poet’s daydream and see an infinitely superior beauty, simple and pure. A soul that has lived in this world for a century, discovering, relearning, experiencing. Sharing her greatest asset, water. Chatting with a stranger, who isn’t a stranger at heart. Just another living soul in this physical world. And those eyes have seen it, eyes that have seen it all, have teared up a little more, and now they smile.