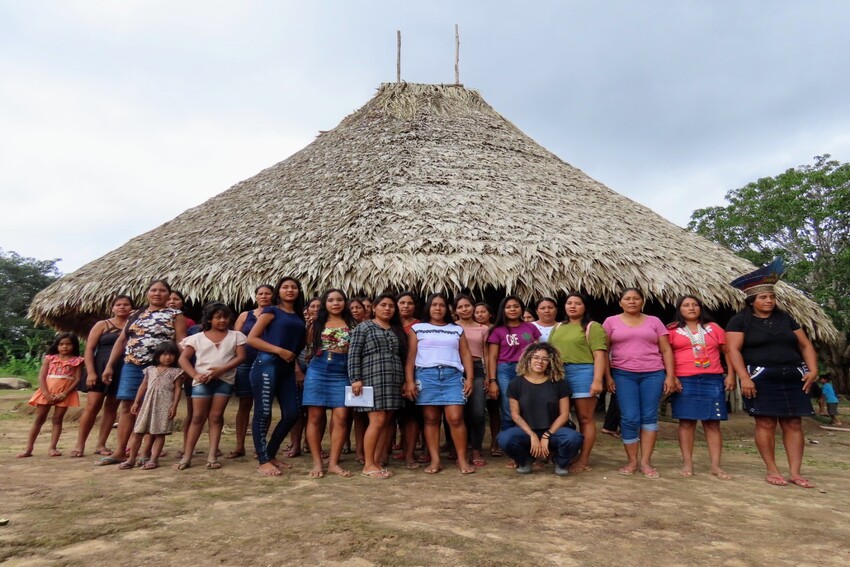 The word identifies a type of flour made in the indigenous lands of the Wai Wai, in Roraima. Prepared from roasted Brazil nuts, it is mixed with tapioca and transformed into a kind of “paçoca”, produced by the Wai Wai women. “Paçoca” is how Brazilian people call a crushed peanut candy.

Far beyond a culinary temptation, mawkîn also represents an important source of income and the production of this “paçoca” has a significant role behind the scenes of a movement to value the work of the Wai Wai indigenous people.

Increasing mawkîn production and sales is one of the goals of the groups that launched the Departments of Wai Wai Indigenous Women,  last April.

In an article published on the Instituto Socioambiental website (available only in Portuguese), Geneide Vai Wai, general manager of the new departments, says that “the desire to create exclusive spaces for indigenous women has been strong for a long time”. “It has always been in the interest of women to have some representation, association or department. This was already discussed among men and women,” she says.

Geneide also highlights that the departments represent an “important step” towards strengthening and valuing indigenous women who work with product sales, including mawkîn.